This project explores the historical trajectories of urban space from the Ottoman Empire to the modern Greek State. The histories and/or ‘stories’ of this shifting urban space are studied in their intersensorial dimension, highlighting the dynamic interplay between materiality and its multifaceted conceptualizations.

Starting from the 19th century, Ottoman urban space, which traditionally comprised bordering and/or overlapping social and spatial units (parishes, neighborhoods etc.) that formed a dense network of public buildings and spaces (mosques, churches, marketplaces, shrines, cemeteries etc.), was already in a process of intensive transformation. This major change that Ottoman urban centers experienced was a result of the reforms and the broader modernization programme that was implemented by the Ottoman state.

In the post-Ottoman world the abovementioned spatial units have been erased or only partially preserved and developed into contemporary lieux de memoire, heavily influenced by key concepts of modernity, such as ‘antiquity’, ‘monument’, and ‘cultural heritage’. Although, in their current status, ‘Ottoman monuments’ merely constitute fragmented traces of the past, they often turn into fields of ideological and political debate, both on a local and trans-local level, highlighting the active role of recent past in influencing the current public sphere.

The aim of the project is twofold:

This project brings together methodological tools and analytical concepts from the fields of cultural history, archaeology, urban studies, ethnomusicology and anthropology, a multidisciplinary model that interacts with the current trends in the broader field of digital humanities both on a local and international level.

Highlighting the perception of social space though the senses of hearing, smelling, touch and particularly through their interrelation contrasts the conventional ocular-centric approaches towards the histories of Ottoman urban space, thus contributing to the broadening of historical perception. The implementation of this approach serves the need for a competent analytical tool to tackle the challenges that the study of transition as a dynamic political and social process poses to researchers.

Focusing on particular case studies (such as the Acropolis Mosque and Ottoman fortress, Athens; Vouleftiko, the Ottoman mosque transformed to the first Greek Parliament building, Nafplion), we constitute the archives of Ottoman urban spatial units based on diverse primary material (documents, images, archaeological findings etc.) that document the process of transition. The individual components of these archives are read on an intersensorial manner, establishing those links among them that foreground the field of everyday experience of the subjects of transition. Once the sensorial archives of Ottoman monuments are restored, they will then contribute to the public discussion on their current state.

The project’s main partners are the research team sonorCities, the Heritage Management Organization and the French School at Athens (École Française d’ Athènes), which is the host institution and currently funds the project within the scope of its five-year funding scheme, 2017-2021. 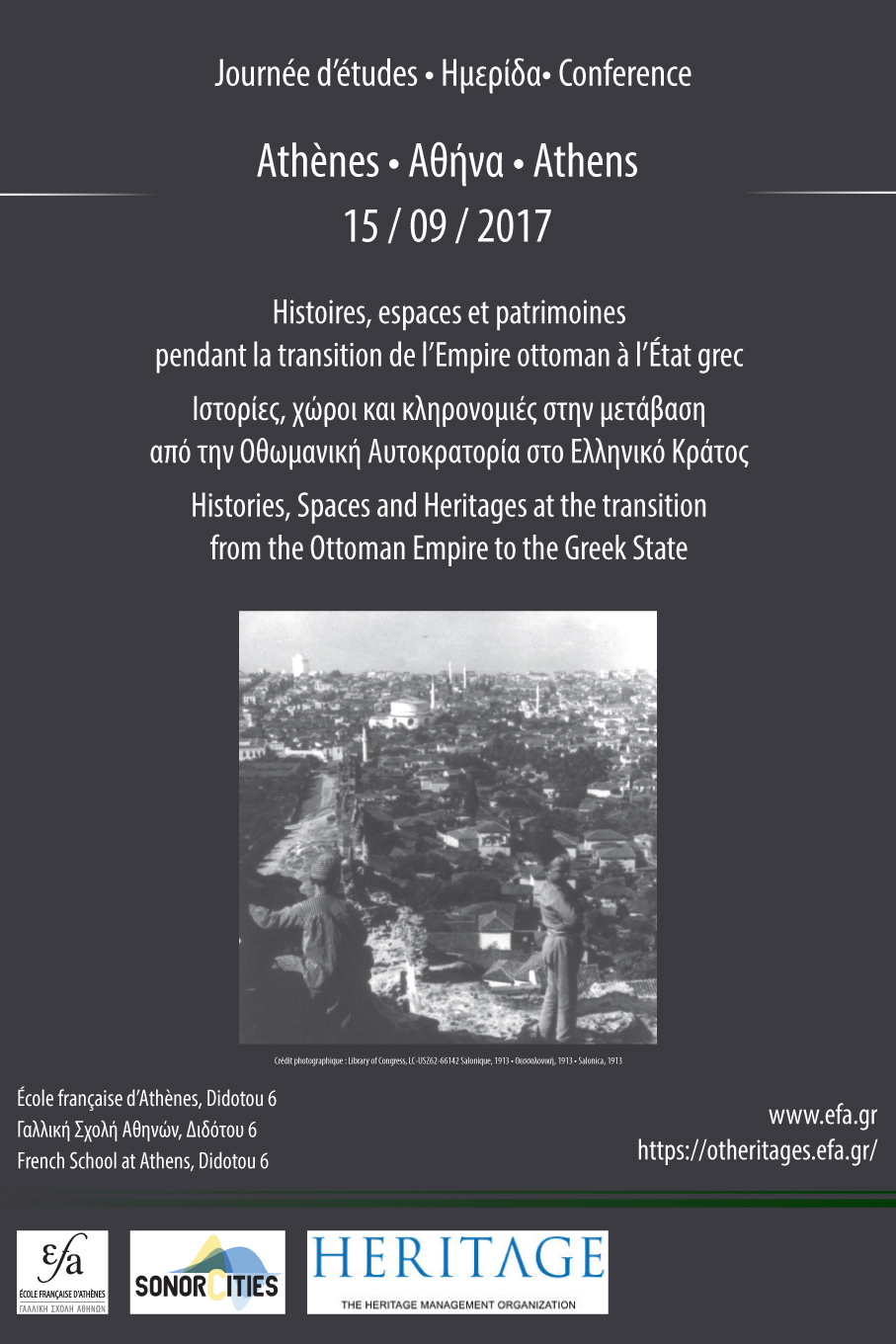